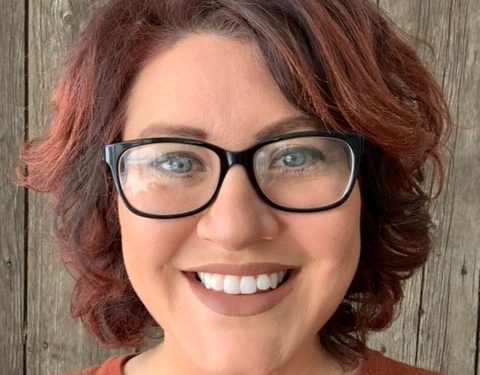 This is a story of determination, motherhood, entrepreneurialism, and all-around journey of learning the incredible value in sisterhood. Building each other up, not tearing each other down. We all need to hear this. Naomi is an awesome esthetician, hair stylist, female business owner and entrepreneur. On top of that, she has overcome so much and has come out on top with a thriving business, beautiful daughter, and loving husband.

She is the owner of Alpha Hair & Body Salon in Steinbach, MB. They just celebrated their 20 year anniversary!!! They have expanded their services over the years and have gone from only selling brand products, to creating some of their own brands of skin care, cosmetics, and pedicure products.

Naomi was 16 or 17 when she first started doing hair at a salon in Steinbach. She knew she loved her career right off the hop. Beauty, talking and laughing with her clients, trips going to different hair shows around the world and classes that had training but more like fashion shows with models and glam…count her in!  She often gets asked if it is hard working with all women. That is all she’s ever known. She has 5 sisters and no brothers. They are a sisterhood in the salon. Sure, they are a mixed-matched group of women from all ages and backgrounds, different hobbies and friend groups, but they are family. They help each other out, encourage one another, and build each other up. Period.  Life throws them too many hardships, and unfortunately sometimes, so do their men.

It was late in the year 2000 when her family opened Alpha Hair & Body and she was a full-time hair and nail technician.  She was first married in 2004.  Her first and only daughter came in February of 2008. By far her greatest accomplishment, but it happened at what she would call the worst time of her life, as her marriage was falling apart. After her maternity leave was over in 2009 she bought into the salon becoming part owner with her sister Corry. Her life was shattering to pieces but she needed something normal in her life and to accomplish something. To feel in control.  In 2011 she left her marriage.  He was her high school crush and she thought it would be until death do them part, but it ended up being until other women, drugs and alcohol addictions do them part. She became full owner of Alpha and got divorced all at the same time.

All of her money went towards buying out her sister in the salon.  She had full custody of her daughter. There were many sleepless nights that she had wondered how she would pay her next set of bills, but she made it through. Her tips were what she and her daughter lived on.  At the end of the day she would count up how much she had and that would determine how much gas she could fill in her car or how big of a jug of milk she could buy.

By 2013 she had her salon loan paid off. She no longer had lawyer bills. Best of all, she met her future husband Glenn. Wow the things that could be accomplished when two people are headed in the same direction working together for one goal! One of the sexiest things she found about the man she married was the way he loved and took her daughter as his own.

Naomi says that it may seem that she’s so tough, but she doesn’t feel that way. The salon family at work helped her get through some of the toughest days of her life – staff and her clients as well. They all played a huge role in keeping her focused on what was ahead and encouraging her. Her clients are not just coming in to get their hair and nails done. They share life stories, cry, and laugh with each other…and just be real. Those are the things that got her where she is today.

From quite young she can remember her dad telling her to make sure you compliment a woman whenever you can. She asked him if he had meant their looks? He explained, “On everything. Their new hairdo or dress yes, but more importantly being a great mom, a job well done, an accomplishment.” He said, “Men don’t do it enough and take women for granted and women often compete with each other and won’t do it.” She never thought much of it then but it’s something that she totally understands now and makes a point to do on a regular basis in her life and business.

Words of wisdom and empowerment from Naomi:

I asked Naomi what she feels has been the most valuable lesson she has learned in 2020, and this is what she had to share.

I asked Naomi to share her message of strength and empowerment for other women to start 2021 with a positive mindset, and this is her inspiring response.

“Build each other up. Don’t pass at an opportunity to help out another friend in need. You never know when it’s going to be you who needs the help. Women – compliment each other!! You’ll never know you could be the only positive message that person is hearing at the time.”

WOW! What an inspirational story of resilience with a powerful message to be intentional in being positive and celebrating other women. Thank you for reading Naomi’s story, and let’s keep supporting and empowering each other as we continue our journey to live our best life!

NAOMI YOU ARE PHENOMENAL!!!

© Phenomenally You 2022. Site by Print Studio One | Three-Six North Marketing.